Back to all posts

So You Think You Can Dance? Grooms Dance Routine Goes Viral 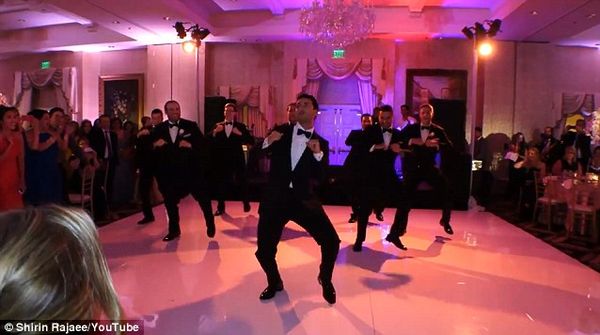 As one of the leading wedding bands in Ireland, we’ve travelled all around the country and performed at hundreds of weddings. Most Grooms we see are happy to partake in the first dance, but most Irish Grooms bow out after that. One of the more quirky trends emerging in the last few years is for the Groom and his Groomsmen to undertake a surprise dance routine from the Bride.While some stick to classic dance routines like ‘The Macarena’ or ‘Thriller’ others mix it up and produce a medley. One Groom in the US recently did this and the video went viral amassing over 1 million hits on You Tube after it was uploaded. Here we have a look at exactly what he did and hopefully it might inspire some Irish Grooms to do the same.


Who He Is
The Groom Sean Rajaee is an Orthopaedic Surgery Resident at Cedar Sinai Hospital in Los Angeles and originally from Santa Barbara in California. He got married to his Bride Ariana in late June 2014.


What He Did
He surprised his Bride by doing a fully choreographed 5 minute dance routine with his Groomsmen to many of the Bride’s favourite songs.


Why It Was Different
There were 8 men involved in the routine in total. It included songs and dance routines from Beyoncé and The Backstreet Boys, the Bride’s favourite’s artists, as well as a dance routine to a Persian pop song to celebrate the Groom’s heritage.


How He Did It
The Groom and his 7 Groomsmen reportedly learned the dance routines to Beyoncé’s ‘Crazy in Love’ and The Backstreet Boys ‘I Want it That Way’ from YouTube tutorials online including adding props such as sunglasses that they could easily take on and off to replicate the real music videos. They also wore fake moustaches to perform to the Persian pop songs which added comical elements.


How It Ended
The Groomsmen finished with a ‘Mexican Wave’ routine and a performance of Bruno Mars’s ‘Marry You’ track with the Groom giving the completely overwhelmed Bride a red rose after dancing across the dance floor under an arch formed by his Groomsmen towards the Bride.


Going Viral
The Groom’s sister, Shirin Rajaee, who is a news anchor in Santa Barbara, uploaded a video of the live routine to her YouTube account and it has received over 1 million hits already.